Phentermine’s effects on pregnant women and the unborn fetus is little known at the moment. Consequently, the drug’s use is prohibited for pregnant women. It is a general rule that pregnant women should not be encouraged to lose weight, so any appetite suppressants are not recommended.

However, it may be that you were pregnant before you realized it, and were taking phentermine at the time; in this case you may well be anxious about the effects this has had on your unborn child. If this is the case, then this article should make matters clearer.

Risks if Phentermine is taken before pregnancy

There should be no risks attached to your baby, nor to the likelihood of carrying the baby healthily to term, if you took phentermine before you were pregnant, as long as you stopped taking it before you became pregnant.

The drug should pass harmlessly through your body, and should not have any effect at all even if you were taking it in the week prior to conception.

There are very few research studies carried out on a pregnant subject on phentermine, either on animals or humans. Those that exist do not point at any potential birth defects connected with the drug.

A study was done in the Czech Republic among pregnant women who took phentermine and a similar appetite suppressant and compared the results with a control group who did not take the drugs. As the results show, there were no discernable differences in outcomes.

A similar study which compared pregnant women who used phentermine (and another drug called fenfluramine, which no longer exists) in the first trimester of pregnancy, and women who did not, found that those who used it had no significant greater risk of miscarriage, premature delivery or babies who had birth defects than the women who had used the drug.

The FDA considers Qsymia a category x drug, which means that it can cause birth defects in babies and therefore should not be taken by pregnant women; it was found that a substance called topiramate, which this drug contains, may increase the incidence of cleft lip among newborn babies.

Risks of Phentermine to the mother

Despite the lack of research on the effects of phentermine on the developing fetus, a 2002 research study found that there may be an elevated risk of gestational diabetes in those women who took the drug (and/or fenfluramine) in their first trimester. However, this diabetes was thought by some to be due not to usage of the drug, but by the tendency of the women to be overweight as a result of their pregnancy.

Having said that, it is worth considering that women with gestational diabetes have a greater risk of certain complications and conditions, including having a larger than normal baby (which can cause complications with delivery), high blood pressure, preeclampsia, and the onset of adult diabetes in later life.

Risks of weight loss to the baby during pregnancy

Expert opinion does not recommend weight loss regimes while pregnant, but a research study has discovered that as many as 8 percent of women nevertheless risk some kind of weight loss process or plan while pregnant.

It is also thought that not gaining an appropriate amount of weight during pregnancy (or indeed actually losing weight while pregnant) will risk complications for the baby.

These risks of an underweight pregnancy include the baby being too small for its age, which carries a higher risk of body temperature maintenance problems, low levels of blood sugar (leading to listlessness in the baby), and breathing issues.

In terms of mothers who actively reduce their calorie intake during pregnancy to the extent that their natural fat cells break down (allowing ketosis to start to occur), their babies have a higher incidence of mental abnormalities, according to the Office of Women’s Health.

There is also some research which may suggest that women who make use of certain weight loss products while pregnant will enhance the likelihood of their babies being born with brain and spine abnormalities, known as neural tube defects.

Risks of taking Phentermine while breastfeeding

It has been known for some time that breast milk can contain phentermine of the pregnant woman is taking this drug during that time. Consequently, phentermine is not recommended as an appropriate drug to prescribe to breastfeeding women.

The various studies of phentermine of pregnant women are not exhaustive, and neither are they set in stone. But it is suggested that phentermine, a known stimulant, may be inappropriate for pregnant women because it may lead to unwanted side effects including restlessness as well as feeding and sleeping issues.

It is always to be borne in mind that research into the use of phentermine on women who are pregnant and who are breastfeeding is quite thin on the ground; more research would give a much clearer view of things, that much is certain.

But as a general guideline, it is recommended that pregnant women, and women who are breastfeeding, should not take phentermine at all, and if you discover that you are pregnant then you should stop taking this drug immediately as a matter of urgency, and to contact your doctor as soon as you can so that any potential damage can be assessed.

If you are concerned about weight gain in relation to pregnancy then you should also speak to your doctor, who will be able to advise you on the risks involved and the best course of action. Remember to always be safe. 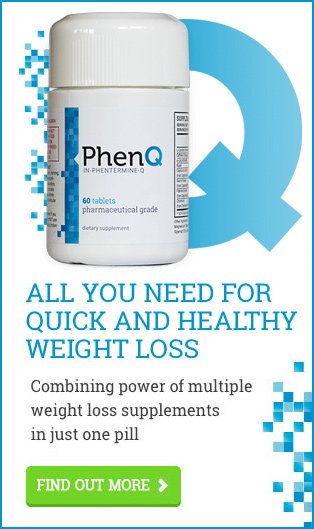